﻿
Welcome! Nevada Combat is a simple yet effective mod for more logical and challenging combat, with a little flavor as bonus. Note: as for now, Nevada Combat is fully included is much bigger and interesting overhaul, SGO for NV - if you're using SGO, you don't need this mod. What's it about and what's included? See below:

Q: Could it happen I have seen your work before?
A: Probably :) Most likely on my YT channel - feel free to subscribe to it to stay tuned :)

Q: Yet another combat mod? Srsly? Why? *grumpy face*
A: There are indeed some other great mods for this purpose, like Combat Enhancer and some others and they just work. But, I was not 100% satisfied by some of changes they made. For example, mod improves enemies awareness, but turns them into living sonars in interiors and/or makes absolutely random NPCs to attack you. Or it makes enemies so search for cover more actively, but often turns fights into hide-and-seek game (which may be realistic, but not gameplay-pleasant). Or stops enemies from being a dodge-ninjas by removeing NPC dodge entirely. Well, you got it I believe - many mods were great, but often made some of changes "too much". I made this tiny mod inspired by other similar older mods, but made sure settings are balanced and without using placebo settings (I hope hehe). It should be a good little addition to your existing mod list due to its simplicity, or just a simple combat mod for minimalistic (vanilla+/bugfixes) setups.

Q: Ok, so what is changed?
A: With Nevada Combat, you should feel the next in combat:

Q: Compatibility and/or superseded mods?
A: Highly compatible with most of popular mods! Click the "Show" button to see compatibility notes:

Q: I don't want movement speed bonus from Agility. Or even better, I don't want your combat mod, only that Agility feature. What now?
A: No problems! Mod has a smart FOMOD installer which will offer you all possible choices.

Q: How to install?
A: Download the file and add it to your mod manager. Install as usually, choosing one of mod versions in installer.

Q: I'm out of .esp slots! Can I merge it?
A: Yep, easily. Just make sure it's loaded after other mods in merge to have it's combat changes, if you're merging it with some other combat mods. Just to be sure.

Q: You mentioned some "U.L.T.I.M.A.T.E."? What's that?
A: That's an A to Z modular modding guide﻿ for Fallout New Vegas, with wide list of graphics & gameplay mods, premade mod lists that you can easily mimic without worrying about compatibility, and tips for a great stability even in game with hundreds of mods.

I'm a mod compiler in first turn, not much a mod author - that's why as mentioned before, Nevada Combat is a simple mod inspired by other good mods, made to be added into your load order as complementary mod to improve combat non-intrusively and fix vanillas too easy fights, with little neat (and optional) addition on top. I've made it for myself initially - but I hope you'll like it too. And if you liked it and you want to support my work and future development of Ultimate Modding Guides and other mods, consider supporting me on Patreon.
Cheers! :) 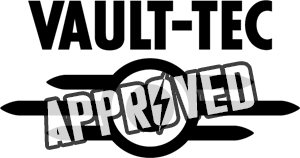